January 2, 2017
Here’s an old song called “Intentional” that I co-wrote with Trey Krueger back in 2001. This was written during my time living in northern California.

I got to know Trey while hanging out at the Streets of London pub. We would sit outside on the picnic benches when the weather allowed, chatting about music and sports while lamenting our luck with the ladies as gents are wont to do. He also had a wealth of knowledge about American history and politics but I had limited interest in those topics. At some point, this stranger at the bar turned into someone I looked forward to meeting as we talked about our developing musical goals and exchanged talk of musical heroes. I don’t remember for sure but I’m vaguely recalling his interest in the Smiths, Morrissey and Joy Division-type stuff. He also hipped me to John Wesley Harding‘s music, which I still love. He was a singer with a dramatic and emotive delivery, true to his influences. He also had a book full of lyrics, heavy on symbols and suffering. Since I tend to write pretty straightforward lyrics and I was big into comedy music at the time, I found his sincerity appealing. We sat down one night at my place to put some of those lyrics to music.

The lyrics came entirely from Trey. All I can recall asking for was some repetition to ground the song with a refrain. I don’t recall Trey’s story for the lyric but the words suggest to me a volatile exchange as a relationship comes to an end. I enjoy the lyric to this day because I can identify with the feeling of confusion and sadness. You’re trying to do the right thing but you’re not sure you can or will. Then, things get messy and it gets worse.

As I recall, I wrote the chords. It’s basically a Cmaj7 – Fmaj7 vamp for the verses and a little 8 – 7 – 6 walk down for the refrain with a big ending on the 5. Originally written on an acoustic guitar, I had a very simple strum thing at first. As I moved back to Chicago and kept playing it, I made it a pretty intricate arpeggio thing with a pull off the high C to hit that maj7 note and the same thing on the F to hit that E. I think I felt self conscious about the simplicity of the chords so I wanted to make it seem more impressive with some fancy fingerpicking. The melody was kind of there from Trey singing it a Capella but I remember guiding some of the rising for the second and third verses. I do have a mp3 version of him singing it somewhere but I can’t find it.

The reaction when I’ve performed this is usually lukewarm. It’s pretty long, the lyrics are a bit vague and don’t advance a narrative. By the end, I can feel the audience looking for a payoff or an ending, which makes me want to speed up to get through it. It could have been a time and place situation, though. There may be an audience waiting for this song that I didn’t get in front of. I still like it, even if I’m not exactly sure what it’s about. 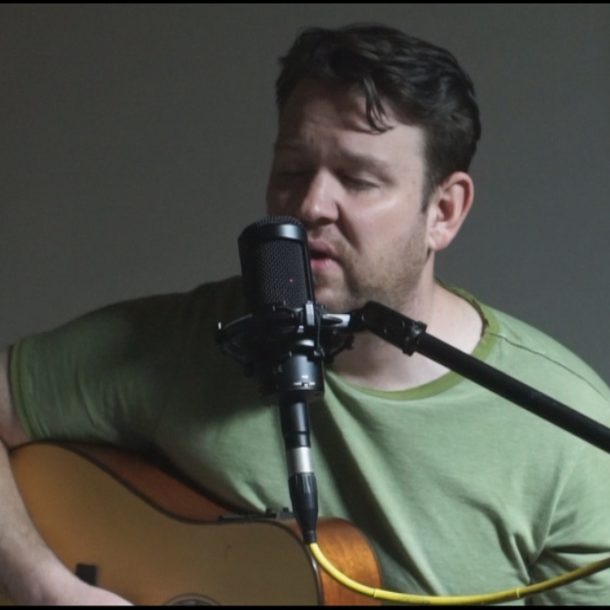