The “Terrible Song” is probably my favorite song on the Miles Maxwell debut album, Red Ghost. For starters, we recorded this song first and it’s got some fun wordplay in it. Things like ‘I’m despairable,’ name checking ‘certified’ and ‘verified’ (as those are primary services offered by my place of work) and the title itself has an inside joke quality to it. Even further, the guitar tone (recorded with the G&L ASAT Classic Bluesboy through my Fender Blues Junior) reminds me of one of my favorite Wilco tunes “Impossible Germany.” Mostly though, I love it because it has this super memorable hook all over it. And more than most of the songs on Red Ghost, it has an interesting and kind of funny origin story.

The writing started with the first line “This is the terrible song, it’s the one I wrote when it all went wrong” and the subsequent guitar riff. Nothing terribly interesting about that. I worked through that riff for about a week before I decided I wanted to expand it to be the introduction somehow.

I took to my trusty recording setup, firing up Reaper, a few VSTs and started experimenting with different instruments to flesh out the idea in my head. It started with a sample drum track using EzDrummer, then worked out the verse chords on a piano. Sounded promising but I wanted something to play that melody I was hearing. I started with accordion and really liked the pirate shanty feel to it. That inspired me to try to find a drunken rogue’s gallery to moan out the melody. Couldn’t find that so I dug out an old chestnut, the Delay Lama. It wasn’t what I was looking for but I loved it as soon as I heard it. I also added a Zither track to cool it down that I really liked but all my excitement was about hearing that chanting monk on repeat.

So, here’s the track that I submitted to the band saying, here’s our next big song! To their credit, they didn’t flinch and quickly converted it into something they could all play on and improve with unique parts I couldn’t have conceived of. As a side note, I remember having to learn to play it on guitar from this demo, which strangely felt like learning someone else’s song.

As far as lyrics go, I fixated on the word terrible, obviously. Was proud also of the terrified/verified rhyme because, as I wrote above, verified made sense on the surface but also tied into my work so people who know me would recognize that extra detail.

There are some other extra layers of meaning for those looking for it but on the surface stands as a pretty solid sentiment for anyone having a hard time letting go. It’s vulnerable, it’s a bit forlorn but it’s also funny without being embarrassingly self-deprecating.

As the story goes, we got the recording in the bag and have played it 30+ times since then. It doesn’t change much between performances but I
still love it. Here are a few extra versions, including a solo acoustic version I did to hear how it would translate and a full band live version from November 2018, about a year after it was written. 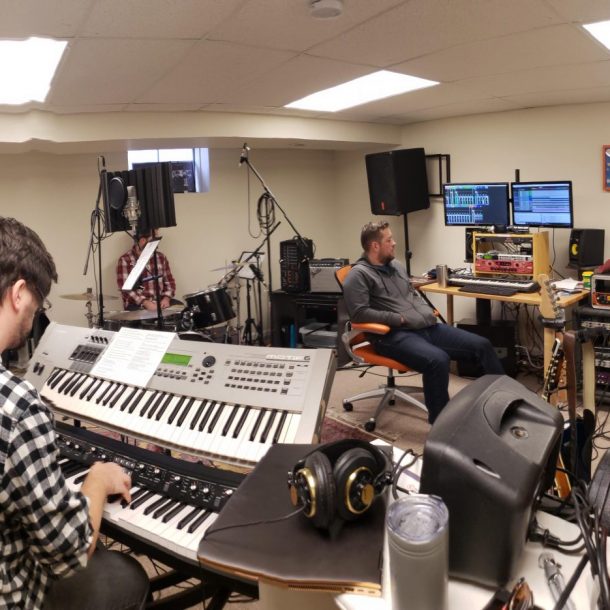