2021 continues with the release of another new song, “Lady Charlemagne,” released on June 18th. This is another one written a long time ago and recorded partially in the middle of the last decade but finished this spring.

The central conceit of this lyric is teasing a dual meaning. The expectation established in the first half of the opening verse is that the singer is talking about a woman. In the second half though, it’s made clear that he is likely talking about an object that has been personified, feminized, and romanticized. With the line, “When the smoke rises…” the listener learns that the object in question is a glass water bong used for smoking marijuana.

As the song reaches the chorus, we hear the singer report back what the bong says when they use it/her. She repeats, “Call me Lady Charlemagne.” The bong has named itself and prefers this regal title with the fanciful and historically significant name.

The second verse continues in much the same way, riding the border between being about a woman and also about a bong. The last line before the second chorus also lays plain the marijuana reference when it says, “the source of her power is hairy and green.”

In the bridge, we hear directly from the bong itself, as the psychedelic motif takes over and the nightingale voice of Lady Charlemagne is heard. She directs her owner to “treat me right and I will love you forever.” Also of note, she is clearly aware of her offspring, as she echoes the chorus from the legendary Steely Dan song Kid Charlemagne when she repeats, “Get along” just as it is sung in the classic 1976 album The Royal Scam.

Now, I’ve never in my life owned such a device, although I spent some time around them in high school and college. The inspiration for the tale came from a second-hand story that originates at the University of Minnesota. A friend of a friend knew someone who had such an apparatus, named it Lady Charlemagne, and apparently treated the device with such protective care that he was ridiculed about his relationship with this quasi-girlfriend. The one line I remember hearing from the real bong owner that I couldn’t quite fit into the lyric but I never forgot, “You treat her right, she’ll treat you right.”

Anyway, that’s the story of the Lady Charlemagne lyrics. Read on for the story of writing the music and the recording.

Writing the music for Lady Charlemagne

I don’t remember exactly when the music came but I can remember wanting to record a traditional rock song. Big thumping drums to start and the even bigger open chords in the intro is a direct nod to the Who and their thunderous arena anthems, a la Baba O’Riley. So too was the opening riff, all based on a single position with rising and falling arpeggios that ends with that flat 3rd note.

The verse riff is all based on a very simple ii – I pattern. something kind of stabby and persistent but floated around the tonic of the song, which gives way to the rising chords that lead us to the chorus.

The chorus is a straight up riff of 5ths. A – F# – G – B – G – A – A. 5ths because the full value of the diatonic chords would be distracting when the power of the rhythm was more important than the major/minor distinctions.

The bridge is all typical minor 6ths and 3rds with a build up to the dominant V chord before falling back into the chorus. The magic (if there is any) is in the drastic departure of arrangement that I’ll explore in the recording sectionon.

As mentioned above, when the time came to record, it all started with Matt Stankiewicz on drums. I wanted that big drum beat with lots of floor toms as the foundation. We layered in the ostinato bass line, played by Gary Zimmer, after establishing the rhythm. Next in were several staggered guitar lines, perhaps borrowing tones more from 80s hair metal than 70’s Who. As a favorite moment, I especially like the pickup phrase the bass player uses right before dropping into the main intro riff where everything explodes into a top volume frenzy before the verse.

For the verse, the multiple overdubs of octave and harmony guitar lines were the focus. I felt like I was reaching for Iron Maiden or other 80s British Metal in those parts, although I’m sure it’s debatable how close I got. All guitar parts were recorded with my Gibson Les Paul Studio through either a Line 6 Pod Pro or Scuffham S-Gear guitar amp modeling VST.

The Bridge introduces a slide guitar with thick reverb, an additional clean guitar picking out the chords, two additional bass lines and the swirling phased vocals sung by Gary Zimmer. I remember being proud of the departure the song takes, both in tempo and arrangement, before dropping back into the chorus one more time.

The last thing I’ll point out is a fun outro where the band decided on the spot to end with a variation the chorus rhythm and the addition of that sharp 5 sting note. Very much a nod to the devil’s interval for one last short shock before the song is over. 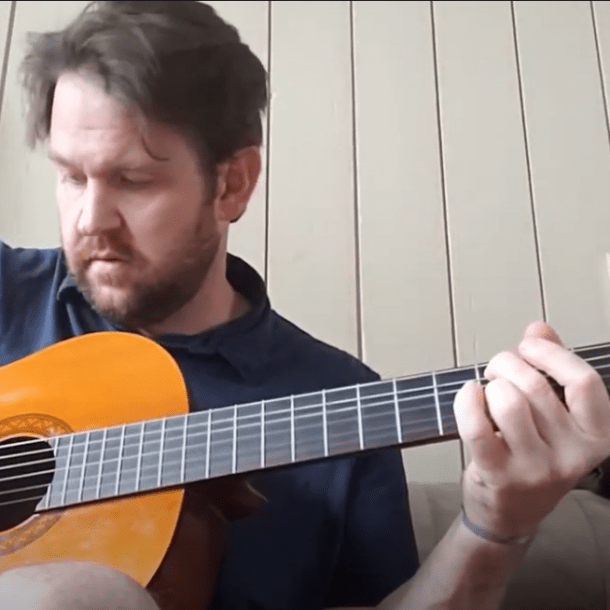 You Didn't Know
Next Article